Home Get to Know Us Company History 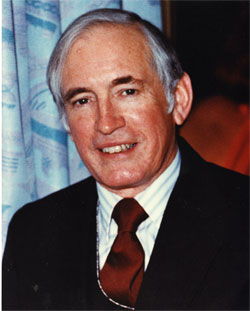 Shively Labs was founded in 1963 by radio electronic pioneer, Ed Shively. Ed was instrumental in the development of FM and TV antennas and combiners for RCA, and later Dielectric Communications, where he served as head of its research and development team. In 1963, Shively founded Shively Labs, where he developed a full line of FM broadcast antennas and combiners as well as developed specialized RF equipment and techniques for both military and civilian customers. In 1980, Shively merged his business into Howell Laboratories where he remained active until his retirement eight years later.

The combination of Shively’s innovative RF engineering capabilities with Howell’s experience designing to demanding Military Specifications and manufacturing under tight process controls has given Shively an uncommon ability to manufacture broadcast antennas for the world’s most extreme weather environments. Perhaps no environment is more demanding than Mount Washington, NH. Shively FM antennas have been operating on this site, which has seen wind velocities over 200 miles per hour and rime ice as thick as five feet since 1969, and today four antennas have been operating from the site continuously for over 30 years. Using a variety of special elevation pattern techniques to protect the safety of the thousands of visitors each summer who flock to the highest point on the Appalachian Trail.

Today Shively Labs continues to sell and service equipment to customers in over 100 countries around the world from our engineering and manufacturing facility in Bridgton, Maine.